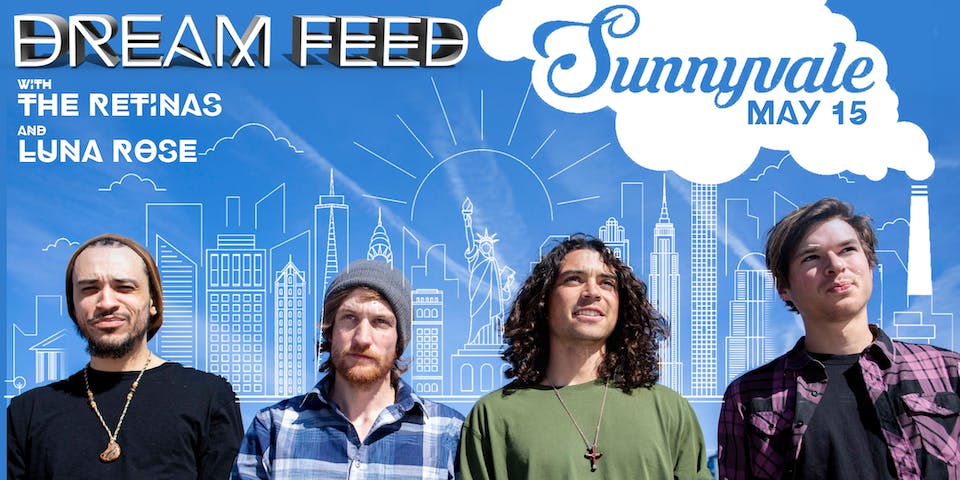 Dream Feed is a four-piece indie rock band from Denver, Colorado. The band formed shortly after the lead vocalist, Miguel Dakota, was a finalist on Season 9 of America's Got Talent in 2014. Miguel’s soulful and passionate voice caught the attention of many, including Simon Cowell, who tweeted, "Miguel Dakota. A future star..." after his first performance.

Since then, Dream Feed has taken shape with Miguel providing lead vocals and guitar, Ryan Wagner on lead guitar and vocals, bassist Will Gaines, and drummer Brian Nolan. Their eclectic style combines alternative rock, blues and funk for an infectious musical cocktail. Hints of indie pop are layered with meaningful and powerful lyrics which provide a juxtaposition of a band that is paving the way with new sounds, while drawing from old wisdom.